CARE Cambodia’s Socially Marginalised Women (SMW) program works with women in both urban and rural areas. Whilst the majority of issues, such as gender-based violence and barriers to participation in decision-making, are faced by women in both contexts, the causes of and solutions to women’s challenges in Cambodia are specific to the particular situations they face.

Socially marginalised women in rural areas have limited livelihood options or capacities, and where they do enter the cash economy, they take on low-paid and under-valued jobs. Women also undertake almost all responsibility for household and care work(3), but have limited involvement in decision-making and income-producing activities. Opportunities are further restricted by a lack of education; in rural areas especially, girls’ participation in secondary schools is lower than that of boys, where cultural norms and economic necessities dictate that girls’ education is not prioritised.

Rural women also experience from a lack of access to healthcare services, and the overall denial of their sexual, reproductive and maternal health rights. Maternal mortality rates in Cambodia remain some of the highest in the region. GBV also remains largely accepted, with little to no access to support services available for rural women. Acceptance of gender-based violence among the community is still unacceptably high, with 80% of both men and women failing to respond when they hear of cases of abuse(4).

The majority of rural households work in agriculture, but annual growth of the industry is not sufficient to absorb new job seekers. Strong reliance on agriculture and limited access to financial services means that rural households are also vulnerable to economic and environmental shocks. Many young women are therefore migrating to urban areas, exposing them to new risks including being drawn into sex work and entertainment work.

The increase of urban-based income opportunities, such as the advent of the garment industry in Cambodia, has motivated many young women to migrate from their rural hometowns and villages to the cities in search of work. Women in urban settings experience particular risks and vulnerabilities in their private, public and work lives, including gender-based violence, a lack of participation in decision-making, limited knowledge of their rights, and a lack of institutionalised protections.

These challenges are often higher for migrant urban women, who are often young, and living away from home for the first time. They possess less awareness about urban life, are often invisible to the authorities and lack access to the protection and support networks
provided by family and friends. Rural migrant women may also be particularly vulnerable to exploitation by urban men, who see them as ‘pure’ and thus highly desirable as sexual partners(5).

The vast majority of female migrants send a percentage of their wages home to their families(6). Whilst this contributes to the reduction of poverty in their home provinces, it can also make them susceptible to offers of money or gifts.

Many marginalised urban women work in garment factories, but others are drawn into the entertainment and hospitality industry, such as working as beer promoters. CARE has identified garment factory workers (GFW) and entertainment and hospitality workers (EHW) as two of the most at risk groups of marginalised urban women in Cambodia.

Read stories about CARE's work with women in Cambodia 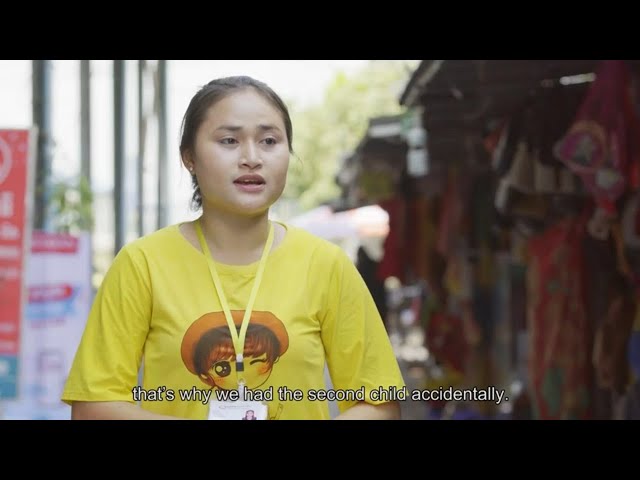 A five-year impact of the Healthy Women, Healthy Workplace Project