Cambodia is home to a range of ethnic minorities.  Indigenous groups, often referred to as highland peoples, are estimated to represent 1.4 to 2.0 per cent of the Cambodian population, or around 250,000 people.  There are at least 17 different language groups living in ten of Cambodia’s  24 provinces.  Members of these groups are among the poorest and most marginalised segments of Cambodian society, with the most limited access to health, education and other services.  Mortality rates of children are twice the national average and school enrolment rates for girls in the north-east (where many indigenous people live) are significantly lower than other areas of Cambodia.  Ethnic minority communities previously reliant on shifting agriculture are finding that land is becoming scarcer and natural resources are being depleted, which undermines traditional livelihoods and coping mechanisms.

CARE Cambodia has been working with indigenous communities in the north-east of the country for over a decade.  These programs have focused on education, particularly the education of girls and young women.  In more recent years, CARE’s programs have included assistance for food security, livelihoods and health. There have been considerable achievements, particularly in regard to the adoption by government of a bilingual education policy and model.  Through this work, CARE has developed strong partnerships with ethnic minority communities, local organisations and provincial governments.  To meet the Impact Goal however, is requiring CARE to take a more multi-dimensional approach to addressing poverty and marginalisation.

For ethnic minorities women, CARE has identified the primary underlying causes of poverty as social exclusion and inequality (due to ethnicity and gender), the gap between policy and practice (which results in lack of capacities to control resources and livelihoods), and poor governance arrangements resulting from limited participation by ethnic minority populations, coupled with a lack of responsiveness by government.  The ability of many ethnic minority populations to engage in economic activities is further constrained by geographic isolation.  Further, due to their location ethnic minority populations are more vulnerable to the impacts of climate change, natural hazards, loss of land and diminishing access to natural resources.

CARE’s Marginalised Ethnic Minorities Program is therefore based on ensuring equitable, quality social services to poor and remote communities, supporting the greater ownership over resources (both natural and human) and advocating for more responsive governance.  The Marginalised Ethnic Minorities Program has a focus in Ratanakiri Province, but will seek to work for the benefit of all ethnic minority communities in Cambodia, with results benefiting wider Cambodian society, especially the rural poor.  Strengthening partnerships with government, with other development agencies, local non-government organisations and with community leaders is an essential element of this approach. 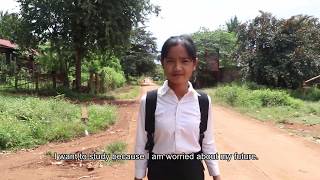